I signed up to help the students cheat, but it was more complicated than I thought.

Letters to the Editor | The Economist

YOU SAID IT: Free rides? Truly?

Fire is NOT Our Friend by Congressman Tom McClintock (with video)

MINNEAPOLIS (WCCO) – Representative Ilhan Omar and other US lawmakers are calling on the Department of Homeland Security to drop visa sanctions that were enacted under former President Trump.

On Tuesday, Omar’s office announced that a letter had been sent to Homeland Security Secretary Alejandro Mayorkas and State Secretary Antony Blinken. In that letter, the letter states that the sanctions have resulted in a “significant increase” in the expulsions of African asylum seekers and refugees from Southeast Asia.

“We are writing to express our deep concerns about the Department of Homeland Security’s continued implementation of the 243 (d) visa sanctions promulgated under the Trump administration, despite the revocation of Executive Order 13768,” the letter reads. “Visa sanctions continue to hurt refugees and asylum seekers in the United States by tearing families apart and forcing governments that seek to harm asylum seekers to repatriate these people. “

Lawmakers wrote that, among the many visa sanctions imposed on countries in Africa and Southeast Asia, the sanctions that continue in Laos, which prevent the processing of all immigration visas for Hmong, of particular concern are Laos and Laos seeking to immigrate to the United States.

“These sanctions have left Hmong and Laotian refugee families indefinitely separated; prevented US citizens from sponsoring family members and fiancées; and prevented otherwise eligible Laotian nationals from immigrating to the United States, ”the letter said.

Lawmakers want sanctions on Burma, Burundi, Cambodia, Eritrea and Laos lifted – as well as a full review of all 243 (d) visa sanctions promulgated by Trump.

Next Letter for the article Benefits of the Conscious Seda Combination

Prominent Figures Write to Sheikh Hasina to Call for Action

The Appalachian Trail, the Boycott of the 1980 Summer Olympics and Other Letters to the Editor 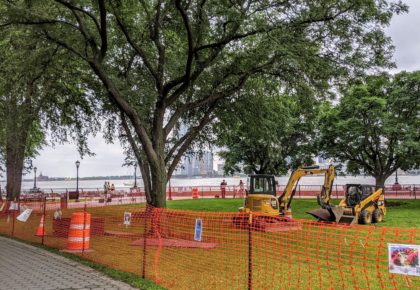